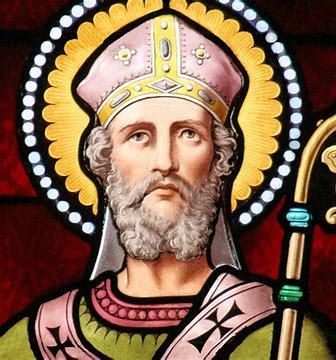 St. Anselm of Canterbury, Bishop and Doctor          Today is the memorial of St. Anselm of Canterbury, a Bishop and Doctor of the Church.  He was very much a part of the educational aspect of the Church’s amazing history.   Whatever you might think of our country’s current, corrupt universities, our civilization’s system of higher education grew from monasteries and arch-dioceses, because of Christians’ struggles to understand God—and the universe that he’s created.   An explosion of education began in the late 1000s, as the monasteries and the arch-dioceses founded universities.   The first university was founded at Bologna, Italy, by the archbishop.   Very soon came Paris, Oxford, and Cambridge.   Eighty-one  universities were founded during that 100-year period alone—all by the Church.        During the first half of the 1200s, a then-new method of investigation was created.   It was called Scholasticism.   It is a precursor of our modern scientific method.   Scholasticism was fo
Post a Comment
Read more
April 13, 2021

St. Martin I, Pope & Martyr      St. Martin became pope before the terrible split between the western half of the Church and the eastern half.   But already there were divisions, some of which reflected the then-current political differences.        At that time, the western part of the   Roman Empire (not the Church, but the political empire) retained only a shadow of its former world-power, while the eastern part of the Roman Empire was still a world-leader.   So, by extension, in the mind of the east, the pope, residing in Rome, seemed less important, more distant, and weaker.   And the Patriarch of the capital city of eastern Christendom, the city of Constantinople, seemed more important, closer, and stronger.        That’s the context for St. Martin, pope and martyr.   The perceived lessening in the east of the authority of the pope was the occasion, not only of political differences between west and east, but now of theological differences as well.   *           *           *
Post a Comment
Read more
December 28, 2020 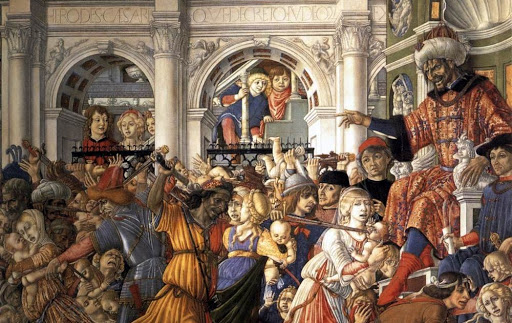 Holy Innocents, Martyrs During this octave of Christmas, the Church remembers and celebrates the babies and smallest children whose families lived in and around Bethlehem, who were put to death at the terrible command of King Herod when he was seeking to kill the Newborn King. These little one’s innocent lives bear witness to Christ, who was persecuted from the time of His birth by people who refused to receive Him.  Their innocent lives are a prophecy of Christ, for their blood was shed by an evil king for the sake of the King of Kings.  They didn’t choose this martyrdom, but usually martyrs don’t choose to be martyrs.  Objectively they were martyrs.  It was Jesus Himself whose life was at stake in this mass-murder of little ones.  Already the choice, for or against Christ, was clearly before the powerful of the world.  These children’s deaths reveal that the power of those who persecute Christ, while real in this age, in the end, turns out to be fleeting.  For Christ came to rescue
Post a Comment
Read more
December 25, 2020 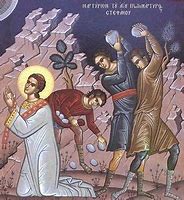 St. Stephen, the First Martyr Today we remember and celebrate the first martyr, and one of the first deacons, St. Stephen.   In the Acts of the Apostles, St. Luke praises St. Stephen as “a man full of faith and the Holy Spirit,” who “did great wonders and signs among the people”.   Acts also includes the moving scene of Stephen's death – witnessed by St. Paul before his conversion – at the hands of those who refused to accept Jesus as the Messiah. Stephen was Jewish, possibly Greek-speaking.  When Luke introduces him, was already a disciple.   St. Luke records that the believers “had all things in common”, and that they “would sell their possessions and goods and bring the proceeds to the Apostles, who would distribute them to all, as any had need.”   But there was an already-existing cultural conflict in the Church, between Jews and Gentiles.  The immediate occasion was that some Greek-speaking widows in the Church felt neglected in their needs as compared to those of a Jewish b
Post a Comment
Read more
December 23, 2020

St. John of Kanty       St. John of Kanty, whom we remember and celebrate in Mass today, was a special role-model for his fellow Pole, Pope St. John Paul II.  In many ways John Paul patterned his life after his, and drew much inspiration while kneeling at the grave of John of Kanty.  Both men were learned scholars and exceptionally holy priests.         After brilliant studies John was ordained a priest, and became a well-loved, effective, and distinguished professor of theology.  He taught and wrote, and, as was true of most learned men of his day, John spent many of his free hours hand-copying manuscripts of the Holy Scriptures and scholarly works.  We still have 26 of his works, but in fact they totaled over 18,000 pages.  It’s a testament to his exceptional industriousness and energy.      John was well known, both within the university and among Krakow’s residents, especially the poor, for his generosity and compassion.  He regularly sacrificed his own needs in order to care for
Post a Comment
Read more
December 21, 2020 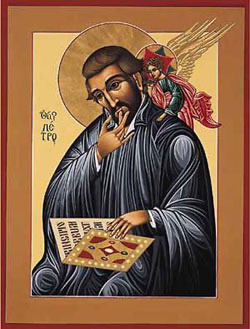 St. Peter Canisius, Priest and Doctor of the Church      In the 1500s Christendom in Europe was deeply divided.  The issue, at its heart, was what is the actual Good News of Jesus Christ?  There was anger and violence on both sides over the matter.  Whole countries were divided, within themselves and between each other, as we are divided today over lesser, secular politics.  So the Church convened the great Council of Trent to clarify the ancient Gospel, as it had been received over the 15 preceding Christian centuries.              After Trent, the Vatican needed to get the results of the Council out to the people.  What would have been a simple errand in an earlier day, was now a dangerous assignment.  The first envoy who tried to carry the documents was robbed of them—and barely escaped.          Rome   needed someone courageous, above suspicion, and willing to work sometimes underground.  They chose Fr. Peter Kanis (later latinized into Canisius).  The assignment they gave him wa
Post a Comment
Read more
December 18, 2020

Mary's Virginity and the Word “Until”      The Gospel makes it clear that Joseph "had no relations with [Mary] until she bore a son, and he named him Jesus".      I have been asked many times about that word "until".  Does it tell us, as it appears to, that Mary was not a perpetual virgin, but that she was a virgin only until after Jesus was born?      The short answer is "No, it does not tell us that."  Let's look more closely.        Here is one example of our use of the word "until" in the same way it may be used by Matthew:  if I were to say to you, “May God be with you until we meet again”, I would hope that you would not think that I meant that I hope that He’d be with you   only   until we meet again, and after that I hope that God will no longer be with you.  Of course not; I would not be implying a change after we meet again.      The Bible also uses “until” this way, not exclusively, but sometimes.  Here are just a few examples:
Post a Comment
Read more
December 14, 2020
St. John of the Cross      One of the ways that Jesus revealed the meaning of the cross for us was when he said, “Whoever wishes to come after me must deny himself, take up his cross, and follow me” (Mark 8:34b).  That’s the story of John.  His life was a truly heroic effort to live up to his adopted title: “of the Cross.”       He was ordained a priest in the Carmelite order in 1567 at age 25.  Not long afterward, he met a young nun, another Carmelite, who was named Theresa.  We know her as St. Teresa of Avila.  She was promoting a needed reform in the Carmelite order.  A central part of that effort was her rejection of the then-recent, more lax approach to the Carmelite Rule, and her glad adherence to the original form of the Rule, for it had once been an effective resource in the support of holiness within the Church.  St. Theresa convinced St. John of the Cross to do the same.      Once he’d vowed himself to the original Rule, John put all his efforts into the work of building up
Post a Comment
Read more
December 12, 2020 Our Lady of Guadalupe   A few years before Mary came to St. Juan Diego, the Catholic bishop of Mexico, Fray Juan de Zumá rraga, was experiencing great difficulty protecting the indigenous people from some of the Conquistadores, and winning converts to our Lord.   In great anguish , he prayed earnestly to our Lady that she would intervene, and that she would give him a sign of her having heard his prayer.   He asked for an impossibility, the sign of Spanish Castilian roses here in Mexico. A few years later, a 57-year-old man was walking to Mass in the early morning twilight of Dec. 9, 1531.   He was a member of the indigenous Chichimeca nation.   His wife had died two years earlier, and he now lived with his older uncle.   He was a convert to Catholicism. En route to Mass, he had to pass a hill that had once been the site of an ancient Aztec temple, dedicated to the Mother of the Gods.   The indigenous people believed, as far back as anyone knew, that the gods liked to speak to them th
Post a Comment
Read more
More posts